I recently stumbled across the website and words of Kate Evangelista, the author of one completed novel and two that are currently under construction. Her novels have not yet been published and she is seeking an agent but I have no doubt that one will latch on to her soon.


Lunar Heat
Seventeen-year-old Phoenix Mckay is about to get expelled from the ultra-exclusive Barinkoff Academy for breaking the number one rule, no students on campus after five, but when she meets a beautiful yet bossy boy named Demitri after sunset, she realizes rules are meant to be broken.


Hunter's Moon
Sixteen-year-old Selena Fallon is clairvoyant, and after dreaming of her death, the last thing she needs is to fall in love with the mysterious Dillan Sloan, but little does she know that he is the one who will make her dream come true.

Impulse
In Mob-ruled United Regions of Aurora, wars are settled through the brutal sport of Mini Cooper racing, and sixteen-year-old RC finds herself forced to join the dangerous races to pay off her father’s gambling debt to one of the most notorious Mob families within the regions. 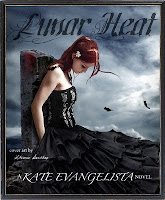 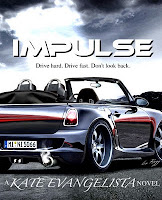 You can have a read of chapter one excerpts for each title on Kate's site by clicking here.

Blurbs and cover art have been taken from Kate's website. For more information on Kate and the cover artists and designers, please click here.
Posted by Jess - The Tales Compendium at 8:10 PM