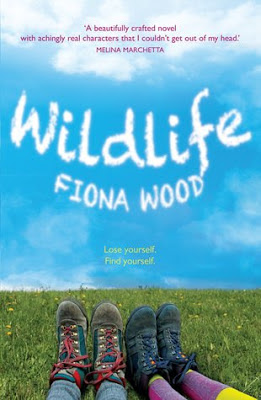 Blurb:
Life? It’s simple: be true to yourself.
The tricky part is finding out exactly who you are…

In the holidays before the dreaded term at Crowthorne Grammar’s outdoor education camp two things out of the ordinary happened.
A picture of me was plastered all over a twenty-metre billboard.
And I kissed Ben Capaldi.

Boarding for a term in the wilderness, sixteen-year-old Sibylla expects the gruesome outdoor education program – but friendship complications, and love that goes wrong? They’re extra-curricula.

Enter Lou from Six Impossible Things – the reluctant new girl for this term in the great outdoors. Fragile behind an implacable mask, she is grieving a death that occurred almost a year ago. Despite herself, Lou becomes intrigued by the unfolding drama between her housemates Sibylla and Holly, and has to decide whether to end her self-imposed detachment and join the fray.

And as Sibylla confronts a tangle of betrayal, she needs to renegotiate everything she thought she knew about surviving in the wild.

A story about first love, friendship and NOT fitting in.

In A Nutshell:
I absolutely adored Wildlife! It is a companion novel to Six Impossible Things that focuses on friendship, bullying, self-confidence, fitting in and navigating the ins and outs of relationships. A must read for all teenagers (and the young at heart).

My Review:
I absolutely adored Wildlife. For those of you who don’t know, it is a companion novel to Fiona’s first book, Six Impossible Things. It is told from two alternating POV, Sibylla, and Lou (from Six Impossible Things). For one term a year, students spend their time at their school’s outdoor education campus, staying in 6-bed dorm rooms/huts and getting involved with the great outdoors. The story follows Lou, the new girl at school, and Sibylla, the once-‘invisible’-but-now-visible-girl, through their term amongst the wildlife.

Sibylla, ignored by her classmates for most of her highschool years, experiences a social status change at the beginning of the term after she appears on a billboard for a new perfume, hand-picked by her aunt who is in advertising. Suddenly, people know who she is and the boy she has liked for ages decides to start something. She worries about all the new-found attention but her scheming best friend Holly tells her ‘so what?!’ and to make the most of it…and make the most of it Holly does.

Lou struggles to fit in, not only because she is the new girl but because she has suffered a loss that she would prefer to keep to herself, rather than with the gossip-hungry girls of her dorm. She eventually makes a connection with Sibylla’s oldest friend Michael, a quirky ‘outcast’ who Lou recognises as a kindred spirit. Lou is the kind of girl who knows who she is and doesn’t care what people think of her. At Reading Matters, when discussing why she included Lou in Wildlife, Fiona said that she felt Sibylla needed a friend like Lou, and this is so true. Sibylla’s best friend Holly is the classic definition of a ‘frenemy’. She uses Sibylla’s new found fame for her own agenda and doesn’t fulfil the criteria that a ‘friend’ should. She is fake, inconsiderate and with no thought for other people’s feelings except for her own entertainment and social climbing.

I think the relationship between Sibylla and Holly is really important and I am positive that everyone will know, or has known, a person like Holly. The difficulties of navigating highschool and friendship groups are so hard because at that age you are still figuring out who you are and are being pulled in all directions: old friends and new collide and the popularity contest clashes with loyalties, respect and the right thing to do. Hopefully when it all ends up in the inevitable blender of highschool, the worst bits will filter out and you will be left with the person you want to be. And while in hindsight it is an easy choice, at the time, it can feel like it’s the be all and end all. Fiona Wood manages to portray these dilemmas perfectly. Wildlife is a novel every teenager should read. It is a story for both boys and girls however I think it is especially important for girls because it directly relates to the complexities of female friendships that can cause so much distress.

Wildlife is a realistic novel with some loveable characters. I can imagine being friends with Sibylla, Michael and Lou and the whole novel just gave me warm fuzzies, although I did want to bitch slap Holly a number of times (and I am so not a violent person!). A tale about friendships, bullying and fitting in, Wildlife makes it onto my unofficial list of amazing Aussie YA (hmmm… maybe I should make a list…) and I will forever read anything else Fiona Wood writes.

The shortlist for the 2013 Prime Minister's Literary Awards were announced today.
As usual, I'm just mentioning the YA titles but for the full list click here.

Big congrats to Jessica Davidson and Vikki Wakefield who wrote two of my favourite books! 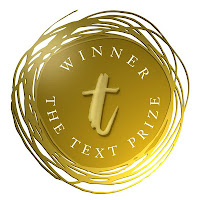 So I realise I am a couple of weeks last posting about this but I've had a lot going on so better late then never I say!

The Minnow explores a young woman’s struggle to regain control of her life after a devastating flood claims the lives of her parents and sister. The Minnow will be published August 2014. 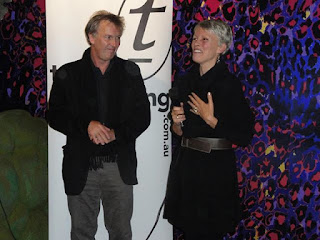 Text also announced they would publish Waer by runner-up Meg Caddy, an intricate fantasy novel set in an imagined land of waerwolves, thieves and magic.

Last year's winner Zac and Mia by AJ Betts will be available as of 24th July.

Diana joins these previous winners of the Text Prize: