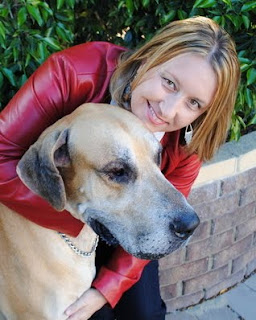 Today I have Aussie YA author JB Thomas joining me for a chat. JB is the author of Mammon, the first book in The Ferryman Chronicles published by Random House and hails from Perth, just like me :)
Mammon was released 1st September 2011 and in my review I described it as...

"An urban fantasy story with a spy/action type feel to it where demons are fought, rifts to the underworld are opened, good guys turn bad, powerful abilities are developed and people die."

To read the blurb and my review, click here. Otherwise, read on as JB talks about her inspiration for Mammon, her favourite movie, her fondness for all things Russian and what we can expect in Mammon's sequel.

Can you describe The Ferryman Chronicles in three words?
Chilling, kickass adventure.

How did you come to write Mammon? Did it come to you in an instant or were little parts of it simmering away in your head for a while?
I’d just read New Moon and was impressed with the part when the Volturi were about to devour the poor little woman with her rosary beads. That was the best part of the whole series. I would’ve liked to see more of that. Anyway, I was inspired to write a character who fights evil, but not vamps. I wanted something else. The story developed over time to include demons, and the rift/Ferryman concept came into it a little later. To be honest, for me the book evolved from the first word, to the last copyedit before the manuscript was taken out of my hands and on to the printer (terrifying!). I would probably still be editing Mammon now if I could – but you do have to let go, eventually.

Your demon mythology is unique and if it were real, totally creepy! Where did the idea spring from?
‘Know thyself’ – the sign above the door in the Oracle’s kitchen in The Matrix! Yes, that was an early seed planted in my mind. Demonhood is not totally ‘otherworldly’ in Mammon, rather it is a very human condition. One night it just came to me – to make the humans degenerate into demons. To become demons. Humans beings excel at being evil. You only need to read the news to know that. What could be more frightening than evil humans, who become demons and acquire supernatural powers, but the majority of the world can’t tell? Equally, how confronting is it to know that any human being can degenerate – even a mercenary? Grace is in an unenviable position… 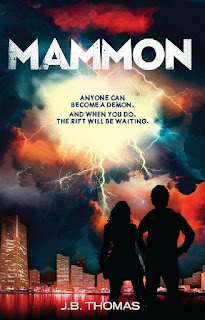 You are currently writing the second book in the series. Can you share anything about what we can expect?
Action, romance and scary demons. Mammon’s power is growing, and the sarsareh must try to take him down as best they can. You can expect to learn more about the minor characters and also see some significant personal growth for Grace and Joe. There’ll be romance, of course.

What are you currently reading?
I’m split between two books – both by Russian authors. I’m re-reading Crime and Punishment, and also The Master and Margarita. In case you hadn’t noticed, I have a thing for Russia, and Russians! Yes, my love affair with Russia has been steadily smouldering since I picked up Anna Karenina by Leo Tolstoy a decade ago. Some of my inspiration for Ivan comes from the romantic, yet complex characters in Russian fiction. Mmm.

What are some of your favourite young adult books?
The Chrysalids, The Handmaid’s Tale, 1984, the Bartimaeus trilogy, the Mortal Instruments and anything by Roald Dahl (okay, for a younger reader, but gosh, he was fun!). Some of these discoveries have sprung up in English department storerooms. A perk of the job is the chance to read great books. This year, I’m teaching All Quiet on the Western Front: a must-read for anyone who is curious about the realities of war.

If you could choose any fictional character to swap places with, who would you choose?
That’s one hell of a question. So many of my favourite books are dystopian, and while I admire the characters, I don’t want to trade lives with them! Okay – probably Valentine in Ender’s Game. You’ll have to read the book to see why (or see the film in a couple of years).