I have some big news for you today! It has been confirmed that Richelle Mead's Vampire Academy spin-off series Bloodlines will be released 23rd August 2011.

No cover has been released yet but word in the blogosphere is that Sydney Sage and Jill Mastrano will be main characters. 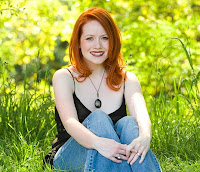 For those of you who have no idea what I am talking about, this is what Richelle had to say about Bloodlines late last year...
"Last Sacrifice will be the last book about Rose, but it'll be followed by a spin-off series still set in the Vampire Academy world. Side characters we know from the current series will now be our main characters, and there'll be a whole new storyline (not the last one told from a different perspective). So far, there is no exact release date, but you can expect it near late summer/early fall of 2011.

Posted by Jess - The Tales Compendium at 9:47 AM