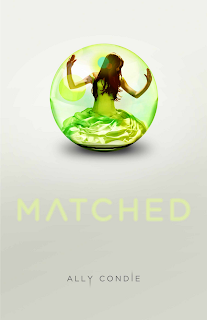 In some ways this story is reminiscent of The Hunger Games but only on a small level. I don't feel Matched will appeal to boys. It is a love story, a story of secret rebellion but without much action. I am very interested to see what Condie does with the sequel, but I guess I now have quite a while to wait.
Posted by Jess - The Tales Compendium at 9:16 AM