Jewel of the Thames by Angela Misri 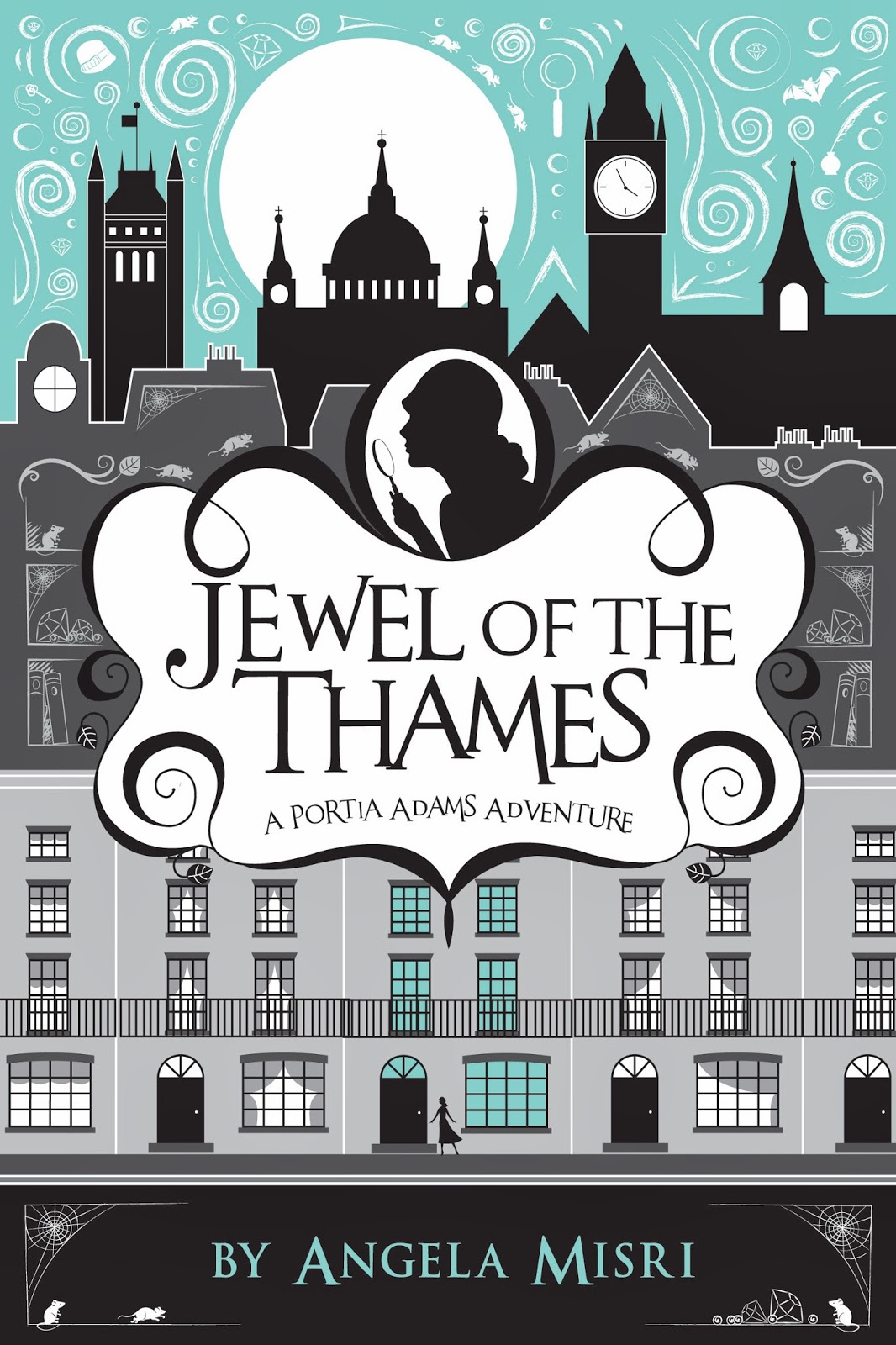 Set against the background of 1930s England, Jewel of the Thames introduces Portia Adams, a budding detective with an interesting, and somewhat mysterious, heritage.

Nineteen-year-old Portia Adams has always been inquisitive. There’s nothing she likes better than working her way through a mystery. When her mother dies, Portia puzzles over why she was left in the care of the extravagant Mrs. Jones but doesn’t have long to dwell on it before she is promptly whisked from Toronto to London by her new guardian. Once there Portia discovers that she has inherited 221 Baker Street, the former offices of Sherlock Holmes and Dr. Watson.

Portia settles into her new home and gets to know her downstairs tenants, including the handsome and charming Brian Dawes. She also finds herself entangled in three cases: the first involving stolen jewellery, the second a sick judge and the final case revolving around a kidnapped child. But the greatest mystery of all is her own. How did she come to inherit this townhouse? And why did her mother keep her heritage from her? Portia has a feeling Mrs. Jones knows more than she is letting on. In fact, she thinks her new guardian may be the biggest clue of all.

I can’t get enough of the current Sherlock Holmes-inspired stories currently coming out and Jewel of the Thames is a worthy addition to the bunch. This time we get to follow 19-year-old Portia Adams, an astutely aware and observant girl who discovers she is the granddaughter of Sherlock’s other half, Dr. Watson. Already a budding detective, we follow Portia as her curiosity and desire to solve mysteries sees her assisting Scotland Yard on a number of unsolved cases.

My Review:
You may have noticed recently that there have been a string of books and TV shows that have found a way to keep the Sherlock Holmes stories alive. Each has their own merit and takes inspiration from the famous fictional duo that was Holmes and Dr. John Watson.

Jewel of the Thames is yet another however it focuses not on more Holmes and Watson adventures, but that of Watson's granddaughter.

It's 1930 and nineteen year old Portia Adams has an astute mind for details and a keen interest in investigation and mystery. Upon arriving in London, Portia discovers the property she is now the owner of is none other than the famous offices of Sherlock Holmes and Dr. Watson and that she is the granddaughter of the deceased doctor. Hungry for knowledge not just of her grandfather but of law and investigative techniques, Portia pours over her grandfather’s old casebooks now in her possession, as well as studying law at Somerville College with financial assistance from her new guardian, the mysterious and wealthy Mrs Jones.

Throughout the novel, Portia’s curiosity is peaked by London’s current unsolved crimes and takes it upon herself to delve into cases and do a little investigating of her own. She is assisted by the charming Constable Dawes, her downstairs neighbour, and Chief Inspector Archer of Scotland Yard, who is also her college professor. Both are impressed with her remarkable deductive and inductive skills, and intrigued by her heritage and intuitiveness.


I thoroughly enjoyed this new spin on the Holmes and Watson stories and envied Portia’s detective skills throughout the novel. One of the draw cards to the crime genre is trying to solve the mystery yourself as the protagonist works through the details. There is also plenty of intrigue outside the cases concerning Portia’s own life as she searches for more information about her family, her slow blossoming friendship and attraction to Constable Dawes, and the mysteries that begin to surround her guardian.

I really look forward to reading further stories featuring Portia and seeing the ramifications of what was revealed to her at the end of the book.

As one of the stops on the Jewel of the Thames Blog Tour, I have an ebook copy of the novel to giveaway.

To enter, please comment below with your email address and share what Sherlock-inspired stories you are currently enjoying (or any other YA mystery you think we should all read!).

Please note, at request of the publisher, this giveaway is NOT open to residents of the UK.
Giveaway closes 14th April 2014.

Posted by Jess - The Tales Compendium at 7:31 AM