The Sky So Heavy by Claire Zorn 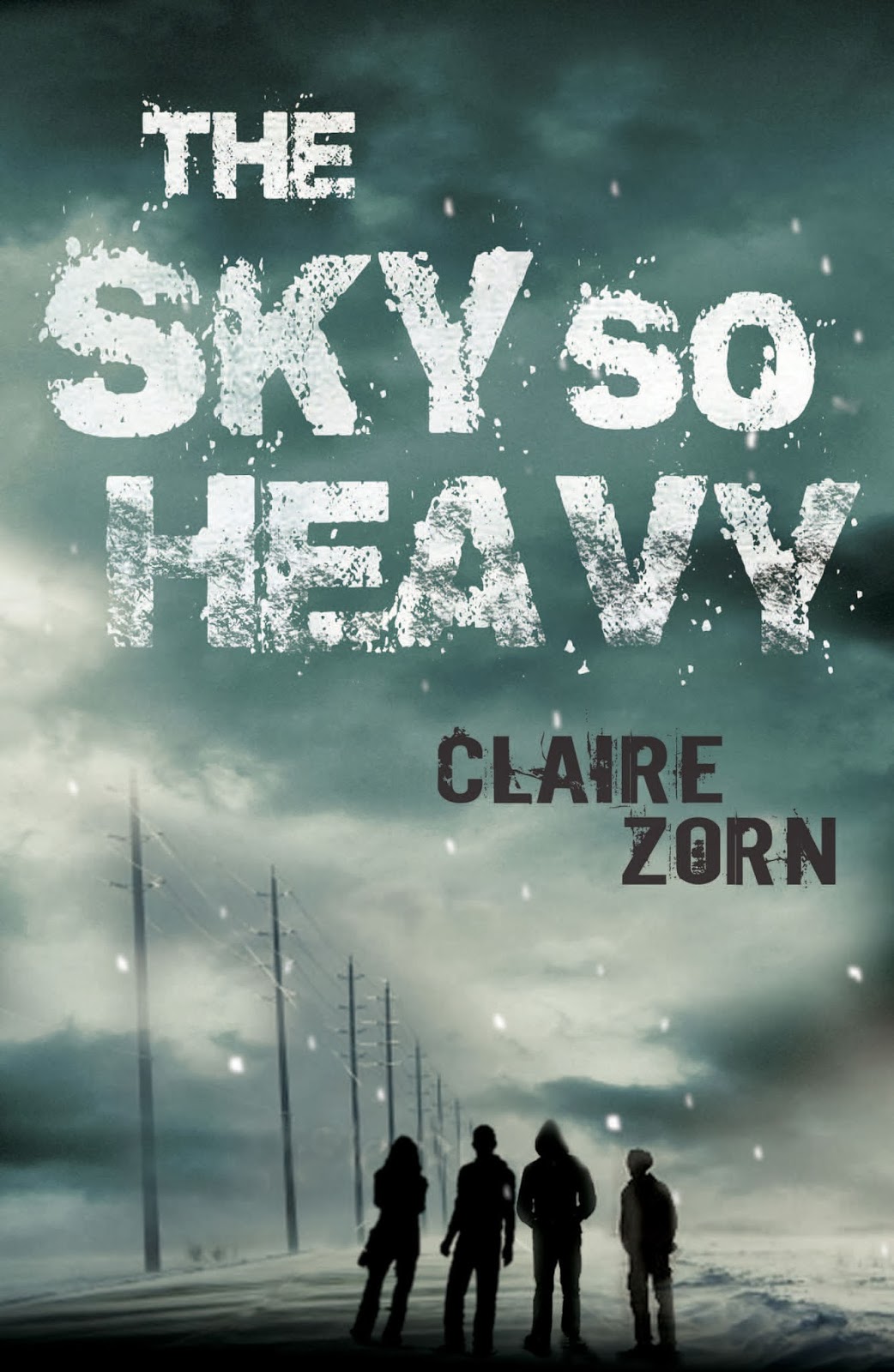 For Fin, it's just like any other day - racing for the school bus, bluffing his way through class, and trying to remain cool in front of the most sophisticated girl in his universe, Lucy. Only it's not like any other day because, on the other side of the world, nuclear missiles are being detonated.

From an exciting new voice in Australian YA literature, Claire Zorn, comes a haunting novel, The Sky So Heavy - a mesmerising story inspired by the continued debate over Australia's treatment of asylum-seekers and how a line through a map can determine your fate.

This gripping story of utter desperation and survival is full of suspense as our characters face a near apocalyptic future. Faced with situations no one, let along children, should have to endure, they question where to draw the line when fighting for survival and how far you would go to protect the ones you love. Claire Zorn and her debut novel, The Sky So Heavy, are exciting new additions to the Aussie YA community.

The Sky So Heavy is the debut novel by Australian author Claire Zorn. Zorn has created a chilling story of survival set in Australia’s Blue Mountains after another country ‘tests’ nuclear missiles and essentially sends the world back into the dark ages.

Our main character is seventeen year old Fin. Along with his younger brother Max, the boys battle the freezing cold and dwindling supplies after their dad disappears on the first night. As the months go by, they come to the realisation that those not from the city (Sydney), or who do not possess ‘valuable’ skills (such as doctors) are being left to die. The brothers, forced to fend for themselves to survive, team up with new friend Noll and Fin’s school friend Lucy, and attempt to make their way towards the city in search of Fin and Max’s mother. But staying alive and getting into the barricaded city will be harder than any of them expected.

As Fin tries to hold it all together and stay positive for their little group, their new reality means hypothermia, dehydration and starvation become very real possibilities. And if those don't kill them, someone will probably try. The kindness of strangers often surprises them when at the same time, people they have known their whole lives try to kill them for supplies. With the population becoming more desperate and violence escalating in correlation to how hungry people are, Fin, Noll and Lucy question what is right and wrong. Who do they trust? And where do they draw the line in order to survive and protect the ones they love?

This gripping story of utter desperation and survival is full of suspense as our characters face a near apocalyptic future. Yet throughout their struggle, Fin, Max, Noll and Lucy continue to hold on to hope that they will find somewhere they can rebuild their lives.

Claire Zorn and her first novel, The Sky So Heavy, are exciting new additions to the Aussie YA community.

Posted by Jess - The Tales Compendium at 1:49 PM