The long list for the 2011 Inky Awards was announced yesterday. They make me want to be a teenager again because to be eligible to vote, you must be a teen! 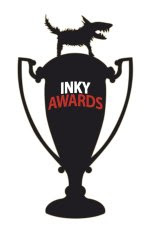 From Inside A Dog:
The Inkys are international awards for teenage literature that are voted for online by the readers of insideadog.com.au. It recognises the fantastic home grown writing talent from Australia with the Gold Inky and also titles that come from across the ocean with the Silver Inky.


I'm really excited about this list because a lot of the books are absolute favourite's of mine! And other's are currently contributing to my insanely massive TBR pile :)

As always, my vote goes to Graffiti Moon because I am such a Cath Crowley fan-girl. I would also be happy with Black Painted Fingernails, Good Oil or The Comet Box which are all titles I have read and enjoyed. I'm dying to get my hands on All I Ever Wanted and This is Shyness.

Clockwork Angel by Cassandra Clare
Dash and Lily’s Book of Dares by Rachel Cohn & David Levithan
No and Me by Delphine de Vigan
Where She Went by Gayle Forman
Bright Young Things by Anna Godbersen
The Agency: The Body in the Tower by YS Lee
Anna and the French Kiss by Stephanie Perkins
First Light by Rebecca Stead
Marcelo in the Real World by Francisco Stork
Violence 101 by Denis Wright

It's a really tough call for me between Where She Went and Dash and Lily's Book of Dares. I loved both of them so, so much and really would not like to have to pick between them. I would also be happy if Anna and the French Kiss won because , well, le *sigh*. I have both Violence 101 and Clockwork Angel taking up space in my TBR too.

Congratulations to all the long-listed nominees! 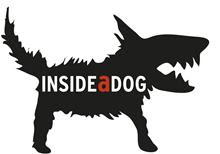